As part of its Canada150 celebrations abroad, SESQUI has partnered with Global Affairs Canada (GAC) to make available, our HORIZON 360° film and MERIDIAN VR stories in several cities around the world.
Leveraging mobile virtual reality headsets and through its network of embassies, consulates and high-commissions abroad, GAC was able to showcase 360° VR content, including the SESQUI VR stories to global audiences, demonstrating Canada’s diverse cultural mosaic and natural beauty from coast to coast to coast.
With HORIZON headlining GAC’s 360-degree video offerings, the virtual reality kits travelled the world for various public diplomacy events, including a number of Canada Day celebrations around July 1st.
To date, thousands of users were able to enjoy these immersive videos in countries such as Ukraine, Jamaica, the US, Poland, Morocco, Croatia, South Africa, Australia, Peru, Switzerland, Singapore and India. 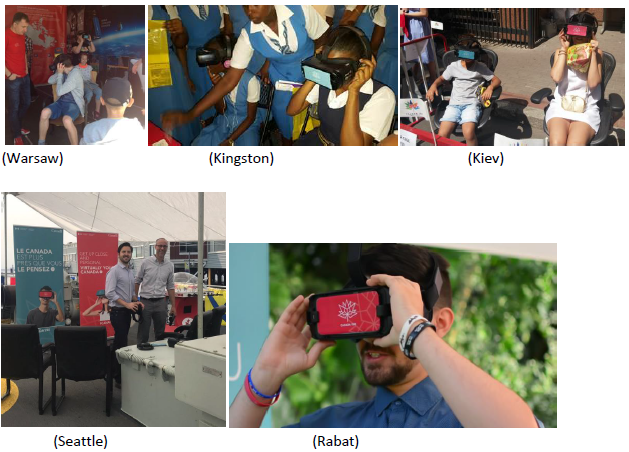 For all of the world that wants a little more Canada (and the 2.8 minion Canadian citizens living abroad missing Canada) , here is a teaser into our HORIZON 360° world:

To get the full experience, download both our HORIZON film and our original MERIDIAN Stories in our VR app, have a look: