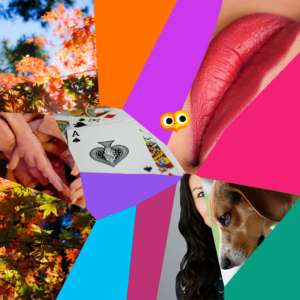 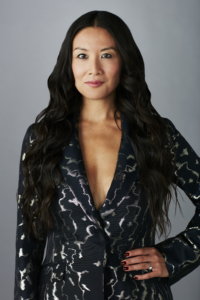 Lainey isn’t looking to impress anyone, especially celebrities. ETALK Senior Correspondent, Co-host of CTV’s THE SOCIAL, and scribe of the immensely popular celebrity gossip blog, LaineyGossip.com, Lainey does what she does for one reason – to provide a gossip education to the Canadian public.

The Toronto-born, self-proclaimed gossip maven got into the gossip game in a very roundabout way. What started as an email to two friends grew to a website with millions of readers from around the world. As friends told friends about Lainey’s non-sycophantic email updates, she received so many requests to get on her mailing list that her server crashed.

More than one million readers and Twitter followers read LaineyGossip.com every month, making it a leading international celebrity gossip source. Recognizing Lainey’s talent, she joined the ETALK team in 2006.

In February 2010, Lainey reported on entertainment and gossip news for the Vancouver 2010 Olympic Winter Games. Leaving little time for sleep, she also penned national columns for The Globe and Mail and Metro newspapers, and appeared daily on Canada’s official Olympic morning show during the Games. Lainey also travelled to London, England to cover the Royal wedding of Prince William and Kate Middleton.

Lainey regularly shares her gossip updates with CTV NEWS VANCOUVER and CTV News Channel, and is called upon as a celebrity expert by media outlets across North America, including CNN.com, USA Today, Vanity Fair, and the Los Angeles Times. In 2016 Lainey was named to Canada’s Top 100 Most Powerful Women 2016 by WXN and profiled by TheRinger.com. Lainey’s first book, Listen to the Squawking Chicken: When Mother Knows Best, What’s a Daughter To Do? A Memoir (Sort Of), debuted at #1 on the Globe & Mail bestseller list upon publication.

A graduate of the University of Western Ontario majoring in French and History, Lainey lives in Toronto with her husband and beagles. She is a consultant for Covenant House, which offers shelter and services for homeless youth.

Where is home to you?
Anywhere my dogs are.

Where were you born?
Toronto, Ontario, Canada

Which season do you like best?
September. Which is not a season. But September is the month of summer and fall. And also my birthday month.

What’s your idea of a good time?
Playing blackjack at the casino.

Is your glass half full, or half empty?
It’s never empty.

How do you celebrate Canada Day?
Jump over the campfire!

How do you say, “Welcome” in your first language?
Foon Ying.

What are you most known for?​
GOSSIP!