This week’s Celebrity SESQUATCH is the legendary scientist, environmentalist and broadcaster, David Suzuki! 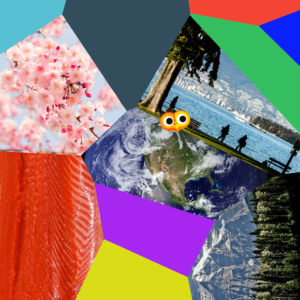 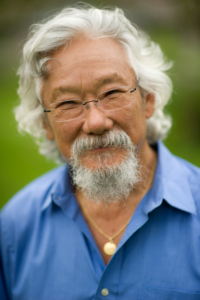 David Suzuki, Co-Founder of the David Suzuki Foundation, is an award-winning scientist, environmentalist and broadcaster. He is renowned for his radio and television programs that explain the complexities of the natural sciences in a compelling, easily understood way. Dr. Suzuki is a geneticist. He has won numerous academic awards and holds 25 honourary degrees in Canada, the U.S. and Australia. He was elected to the Royal Society of Canada and is a Companion of the Order of Canada. Dr. Suzuki has written 52 books, including 19 for children.

Dr. Suzuki has received consistently high acclaim for his thirty years of award-winning work in broadcasting. In 1974 he developed and hosted the long running popular science program Quirks and Quarks on CBC Radio for four years. His national television career began with CBC in 1971 when he wrote and hosted Suzuki on Science. He was host of Science Magazine (1974 – 79) then created and hosted a number of television specials, and in 1979 became the host of the award-winning series, The Nature of Things with David Suzuki. He has won four Gemini Awards as best host of different Canadian television series.

Dr. Suzuki is also recognized as a world leader in sustainable ecology. He is the recipient of UNESCO’s Kalinga Prize for Science, the United Nations Environment Program Medal, UNEPs Global 500 and in 2009 won the Right Livelihood Award that is considered the Alternative Nobel Prize.

Where is home to you?
My wife and I have lived in the same house in Kitsilano for over 40 years, and it is home. It is where my two daughters grew up, where my in-laws moved at retirement over 35 years ago and died with family around. It is where we composted our food scraps, grew crops of food and flowers, and buried our pets. That is what made our property a home.

Where were you born?
Vancouver, British Columbia, in 1936.

Which season do you like best?
Spring is when we emerge from the quiet of winter and we see the renewal of life all around.

What’s your idea of a good time?
Leaning against a log on the beach of our island cabin as my grandchildren cavort in the ocean. Pure bliss.

What’s your favourite food?
Although I am a third-generation Canadian, my Japanese roots are reflected in my favourite food: rice and fish.

Is your glass half full, or half empty?
At this stage in my life, it’s just about full.

How do you celebrate Canada Day?
Kick back around a campfire.

How do you say, “Welcome” in your first language?
Welcome.

What are you most known for?​
To 99 per cent of the world, I am unknown.