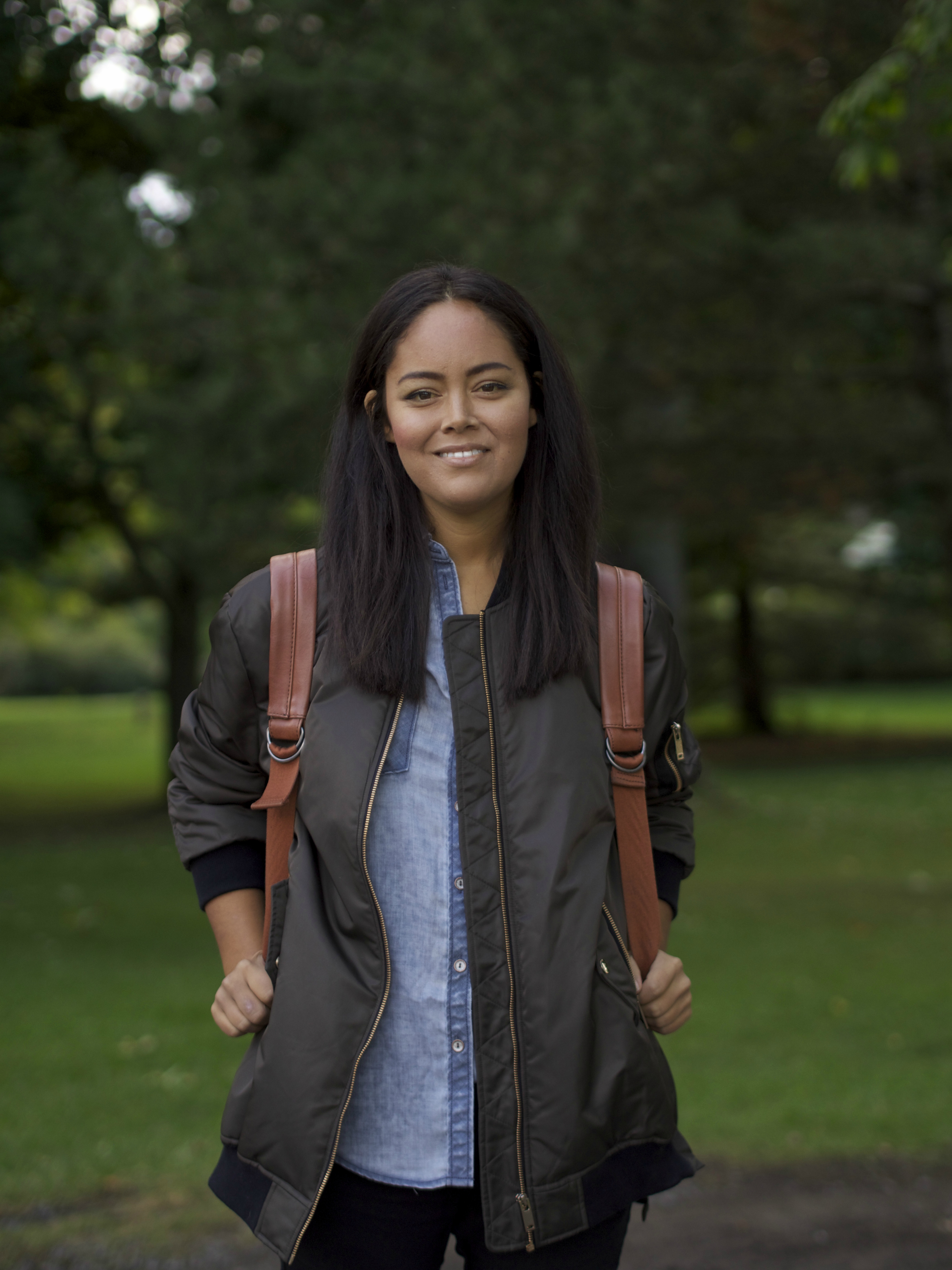 Canada is home, but when I think of my place in Canada, you know, to me it’s kind of mixed worlds. I’m from Nunavut, which is still very traditional, you know we’ve got the seal hunt, and throat singing and our drum dancing which is incredibly important. And then I also live in Toronto and also live as an urban Indigenous person, so I’m kind of a little bit between worlds and I think that’s kind of a place where a lot of people are right now.

There’s definitely some awkwardness about the Canada 150 celebrations for Indigenous people. That’s not to say we’re not proud of where we come from, but where we come from might mean something different to each of us. And that’s what’s really interesting and it’s been neat for me to explore both sides of what Canada means to people. Also, Nunavut and Inuit have totally different experiences than the First Nations and Metis communities in Canada, so getting to see people’s personal thoughts on what Canada means to them – it’s almost something that you couldn’t do in 2D, because with this 360 & AV technology you’re really kind of sharing their point of view when you’re in there experiencing the SESQUI VR pieces. So that’s really exciting to me.

The great thing about 360 VR & AR is it’s an entirely new medium. It’s not really video games and it’s not really film, it’s its own unique way of telling stories that really has no limit. So that’s what’s really exciting, that we’re able to work with a lot of amazing artists that aren’t necessarily filmmakers or game designers but who are musicians, visual artists and filmmakers as well, to create something really unique. That’s why I loved this SESQUI project so much, because there was a really diverse group working  from different fields in the arts.

This VR technology is a lot more effective at getting across emotions and it provides you with a perspective. You’re not just a passive viewer in this experience. Regardless of whether it’s 360 or an incredibly immersive VR experience – the audience is really involved because unlike regular 2D content it feels like you’re actually there. So it’s just kind of re-frames for you what is happening around you. And what I’ve found is that it’s been really interesting for me as someone who is Indigenous. I do a lot of work in Indigenous communities including my home territory of Nunavut, and the thing I loved that SESQUI did in our film is that we were able to take us up to Nunavut for a bit because it’s a place that not a lot of people have access to. And I can try and explain as much as possible how beautiful it is to be standing on the tundra or surrounded by fjords, but it’s another thing to actually allow people to sit there and be able to see it and look around and see tis other part of Canada that we otherwise wouldn’t have access to.

What gets me really excited is this kind of “wild, wild west” aspect of production right now. The fact that we don’t have answers for everything and someone can come up to you and be like “oh could you do this?” and then it’s getting together with your friends and being like “Hey, is this even possible?”. So one of the great things is that a lot of the time the work you’re doing is the first time it’s ever been done. So that’s really exciting to me.

I think that the newness of this technology means you can’t do everything on your own – it’s kind of a group effort. We’re all kind of sharing this big pot of knowledge that we’re all kind of throwing in and contributing to it, because that’s the only way we’re going to move forward in our own work, but also as a community, in making VR and 360 a viable medium.

These technologies that we’re working with now are all kind of unifying us in a global sense, and so I think that’s great. When I’m involved in VR communities I’m talking with people from around the world because we’re still small enough that you kind of have to reach outside of borders to really see what, if anything, people are doing. So, I see Canada and the rest of the world ideally globalizing through this technology and helping others access diverse opinions and cultures, whether it’s visibly or virtually. This step will change the game a little bit. And so I’m hoping ideally for a little bit more progress in how everybody works together.